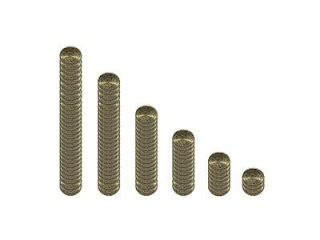 
Every country’s economy has to go through business cycle. In business cycle there may be boom; that is; good time for that economy. On the other hand, opposite of the boom might be experienced by an economy; that is; sluggish or downturn. Since, we are living in an era of globalization; any economic shock in any corner of the world makes the other part of the world more or less vulnerable to that shock. The global economy that has been witnessing a slowdown must comprise a twisting influence in every country’s economy.

With the global viewpoint; since each and every economy are interrelated by their respective activities- shows pattern of economic expansion or contraction in a business cycle. In the time of economic downturn, production of goods and services fall, rate of unemployment increases. Fall of production of goods and services may be provoked by under utilization of production capacity by the manufacturing or service producing units. In time of economic slowdown full capacity utilization by any production unit becomes a challenge due to lack of demand of the goods produced by that production unit. Demand may fall in the domestic market or fewer orders received from overseas buyers that cause fall of demand. If an economy is burdened predominantly by high rate of unemployment then the downturn in the global economic activities certainly make the situation depressing.

Above fact is not true for our country’s economy only. Economies of those countries which are stronger than ours are facing the same problems. Such as- high rates of unemployment causing unrest and protest by the unemployed workforces. These are happening in some European countries caused by much talked about European debt crisis. Same unrest and demonstration of protest (anti Wall Street protest/demonstration by the so called ninety percent) had been taken place in the recent past that caused shaking the economic super powerUSA. Even the world’s rapid growing economic powers likeIndia&Chinaare facing economic troubles. India has been facing the challenge of how to handle the high rate of inflation keeping pace at par with the rate of anticipated rate of economic growth (our country has also been facing the same challenge too).Chinahas started shifting some of their manufacturing units to those countries where cost of labor is relatively cheaper in compare to that existing in their own country.

In time of such global economic downturn; high rate of inflation & interest rate provoke high rate of unemployment to continue by discouraging the investment activities for some years.  Rich countries are busy to find out the solution to overcome the situation for their own only. Multilateral donor/lending agencies are raising various questions in case of giving their assistance to the countries like ours to continue the development activities mainly related to big infrastructural projects. This kind of attitude is not new from their side. Those agencies don’t give funds free of costs. Along-with interest they always try to impose unjustified pre-conditions to be qualified for getting their funds. But they will have to remember that the country like ours must preserve the right to serve the national interest since they themselves (multilateral lending agencies) always try to keep their own interest intact.


Note: This article is a new one & yet to publish in any news paper or online news portal.